Judy Collins: A Retrospective On Her 75th Birthday 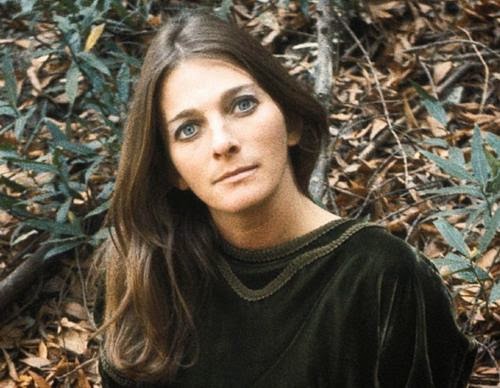 Judy Collins, a genuine national treasure, turns 75 today. Probably no other single artist has been at the very center of my musical soul for the last 50 years and more, and not simply for the stunning clarity of her voice or the impeccable taste of her song selections and arrangements and her too-infrequent compositions. Collins' growth as a concert performer, her restless and daring search for different forms of expression, and her commitment to both her craft and her convictions make her for me the very personification of what an artist should be. She has enjoyed an enormous commercial success without ever seeming to have been corrupted or confined by it, and while my deepest affection for her music lies in her earliest efforts as a solitary folk musician performing traditional songs accompanied only by her very well-played guitar, I appreciate equally the fact that Collins has been able to transcend categorization to become simply one of America's greatest singers over the last half a century.

Collins has also written seven books, most of them autobiographical and three dealing with the personal tragedy of the loss of her son to suicide. However, unlike many of the performers of today - and I would add especially the legion of lesser female singers who make more money even than Collins ever did for work of stupendously inferior quality to hers - Collins never lived her life in the tabloids or other similarly salacious media. Her biography is interesting and at times moving, and for those so inclined there is a fairly good summary of it HERE. But I am old enough and old-school enough to have little interest in that beyond what she herself has chosen to share in her books. Judy Collins is first and foremost a great performing artist, and even presenting a modest sampling of that art is challenge enough for one article.

Judy Collins, Folksinger
A recent article noted that the brilliance of Collins' vocals often obscured what a fine guitarist she was. She showed what I would term a creative fidelity to the roots of the folk songs she performed, as here. Collins never tried to act the part of a rural inheritor of the folk tradition; she was an educated, modern woman who was comfortable presenting old songs in a contemporary idiom - a genuine urban traditionalist, but in the broader and not the more restrictive meaning of the term.

Judy Collins, Composer - Singer-Songwriter
Collins has only about twenty songs copyrighted under her own name. These are two of the best, and they have always left me wishing she had written at least twenty more. They demonstrate what happens when a lyricist with real poetic flair combines in a composer who actually studied music formally. I believe the word that I am searching for here, and one that I would append to nearly no other of the 60s era singer-songwriters, is "sublime."


Judy Collins, Interpretive Artist
It is worth noting, I think, that except for Seeger, not one of the composers whose work Collins is interpreting here was a tenth as well-known as she was at the point in time that she first waxed their songs. The fact that each is today regarded as a major artist is due in part to the high profile that Collins gave to their work early in their careers.


Of and with Pete Seeger

....and more recently, Collins performing a Sandy Denny song that she first recorded in 1970.

I saw Collins in concert about a year and a half ago at the Carpenter Theater at Long Beach State. She has lost only a little of the supple flexibility and beauty of her voice through all the decades of her career, and as might be expected, the range and emotional power of her interpretive abilities has only broadened and deepened with age. Fortunate indeed are those of us who know her work: she has the voice of an angel and has graced our national musical life for more than half a century now, and I hope for many more years to come.
10 comments: