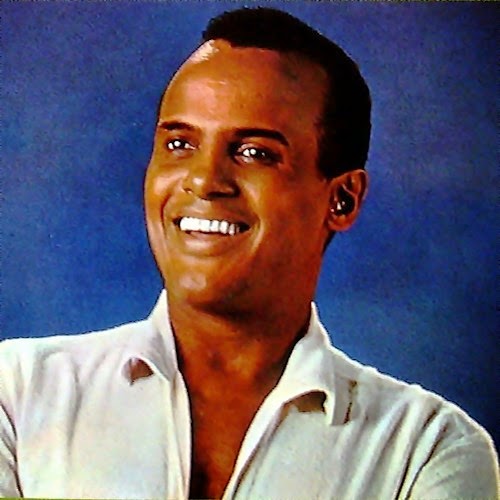 Unlike Athena of Greek mythology, none of us springs full-grown from the brow (or any other sector) of our forbears - and none of our musical or artistic heroes did, either. Except for the very rare creative geniuses who through talent or idiosyncrasy or madness see the world and human experience through completely unique eyes - Aeschylus, Leonardo, Mozart, Van Gogh, Picasso, a few more - the most successful artists are those who traverse familiar ground again, but with a flair or insight or intuitive quirk that enables us to see it again as if new - or as one of those originals, T.S. Eliot said, "...the end of all our exploring/Will be to arrive where we started/And know the place for the first time."

The great folk revival of the late 1950s as a popular and not a niche market phenomenon did indeed start with the Kingston Trio's mega-hit "Tom Dooley" in 1958 and with that group's unprecedented (and unmatched) album sales - but the guys were building on a phenomenon no less successful than they became and equally astounding in its numbers.

That phenomenon was named Harry Belafonte.

Now, we all know that the Weavers and Gateway Singers and Stan Wilson and others had a great impact on the early repertoire of the Trio and in fact most of the pop folk groups. But it was calypso music that Dave and Bob played around Menlo Park initially, and Nick joined the group as first a percussionist - which you don't need if you're main gig is going to be doing the Weavers. The earliest name we have for the Kingston group is "Dave Guard and the Calypsonians" - and the only reason that most people in the U.S knew the word "calypso" as anything other than a goddess in the Odyssey was Harry Belafonte.

Consider. Though both Sinatra and Crosby had had 78s that sold over a million copies, the first 12" 33 1/3rpm LP that was certified as doing so was Harry B's third album, Calypso! That's the rose colored album - it spent 32 weeks as the #1 album on the Billboard charts, and I'm not sure that any other record has ever come close. It dragged its predecessor from its release year of 1955, the green album Belafonte, to the same level and propelled the next studio ("blue") album Belafonte Sings Of The Caribbean to #1 million selling status in 1957. I identify these by color because that's how I knew them as a child who could play them on a stereo but couldn't read or understand enough of the liner notes.

How I loved those records and the songs on them - "Matilda," "Jamaica Farewell," "Sylvie," "Water Boy," "Take My Mother Home," "Coconut Woman" - and "Scarlet Ribbons." Harry B. was not the first to record the song (Jo Stafford apparently was) - but he was the first to have a charting single with it, and it became a staple of his live shows for at least a couple of decades.

The song was written by Evelyn Danzig and Jack Segal (who also wrote "When Sunny Gets Blue") in 1949 - and that pair has Tin Pan Alley written all over them - that group of buildings on one block in NYC that housed hundreds of mostly Jewish songsmiths for decades, as early as the Gershwins and Jerome Kern and as late as Neil Diamond and Neil Sedaka, churning out pop songs by the thousands that became the framework of the entire American Songbook.

Belafonte recorded it as a single in August of 1952 and again as part of the green Belafonte album (where I first heard it) in August of 1955. So it is fitting that our first video is of Harry B. doing the whole song - I would definitely say late 50s:

The guitar accompaniment here is by Millard Thomas, Belafonte's collaborator from his first singing engagement in 1950 through most of his performing career. I can find virtually nothing on Thomas - not even if he is still alive. And yet I am sure that I owe my love of the instrument as much to him as I do to Burl Ives, Uncle Win Stracke, and the Kingston Trio.

What a thrill it was to find the song on the KT's At Large - though missing the second verse that I swear I have heard them do somewhere - the "all the stores" verse:

This version, of course, is the single recording with added celeste that was actually the KT's first commercial release on Capitol in April of 1958, two months before the first album and timed for the KT's performance of it on the Playhouse 90 program.

Another treasure is a recording made by Joan Baez while she was still in high school. Though Baez was (in her own words) a "pure folk" singer, she stressed in her autobio that she loved the Kingston Trio - and she demonstrates a true artists's authority with this pop-folk song that is not within the normal repertoire that she drew from:

Now we have two interestingly different approaches to the song, one from a very old performer and one from a much younger one. For us oldsters, Britain's Cliff Richard, billed as their answer to Elvis but really so much more, a gifted singer who moved easily from rock to blues to folk, more like Bobby Darin, I'd say. Richard puts an entirely different spin on the song in 1991:

And for the newer - Ireland's Róisín Murphy has written her own song of the same title, here integrated into the Danzig/Segal song with powerful effect, sung with England's Tony Christie:

I love this performance - Murphy has recorded her song as a separate entity, but I love the shifting rhythms and moods of this version, not unlike the way the Trio handled "They Call The Wind Maria."

I think I'll give the last word here to the Irish and Finbar Furey, whose gravel voice I included with his rendition of "New York Girls" a few weeks ago but who here does a surprisingly affecting version:

It's interesting to me that like "Maria" and "Try To Remember," "Scarlet Ribbons" is not a folk song at all, but it is folk artists from Belafonte on who have promulgated it and kept it alive - and turned it into a standard.

One of the greatest TV shows I've ever seen was PBS' "Belafonte and Friends" fundraiser on Harry's 70th birthday in 1997. If you missed that - or never got to see him live - take a look - he's doing my (and a million others) favorite HB number, "Matilda":