"Go Tell It On The Mountain" 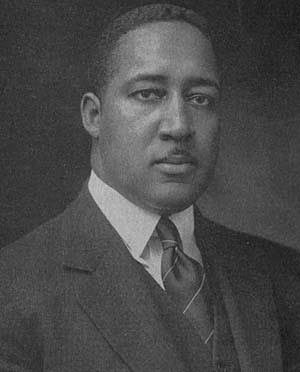 I was watching a screening of Murray Lerner's 1967 film Festival this morning, that widely-praised documentary of some of the performances at the Newport Folk Festival between 1963 and 1967. I have always been lukewarm toward the film; it presents some outstanding artists and renditions, but it slants away from festival founder George Wein's "big tent" approach to folk music and toward the political and the electric, as if Lerner's only understanding of the term "folk" had been derived from some smokey basement clubs in Greenwich Village and not out in the real world where dulcimer and banjo players from the Appalachians, cowboys from the Rocky Mountain and southern plains regions, whalers and sailors, and clean collegiate professionals were making very different brands of folk music than those represented in the movie.

The film still had its moments, of course. Though I have seen it many times, I had never really noticed until this morning that on the 1963 festival-closing number in which many of the performers had linked arms while singing "We Shall Overcome" that Liam and Paddy Clancy of The Clancy Brothers and Tommy Makem were among the singers. And I had likewise forgotten what a stirring snippet was included of the Staples Singers, led by Roebuck "Pops" Staples himself, doing "Go Tell It On The Mountain."

Though now performed most often by gospel groups, "Go Tell It On The Mountain" is actually a spiritual that dates from the days of slavery, and there is a difference. "Mountain" first appears in print and performance in the hands of the legendary John Wesley Work, Jr. (1871-1925 - pictured above), an African-American teacher and scholar who wanted to preserve the oral culture of his parents (who had been born in slavery) and consequently started the Fisk Jubilee Singers (named after Work's alma mater, Fisk University), arguably America's first great professional "folk" group and a healthy antidote to the demeaning and racist black-face minstrel shows that were also popular in the late 19th century. "Go Tell It On The Mountain" appeared in print in a 1907 Jubliee Singers songbook, though the group had been performing it for decades before. Work had the copyright but freely acknowledged that he had arranged and re-imagined a traditional slave song.

The "Jesus Christ is born" part of the traditional refrain seems to mark this song as a Christmas composition - but it ain't necessarily so. Despite the still-raging controversy over "coded messages" that some scholars believe are embedded in the lyrics of spirituals, it is most certainly a cornerstone of Christian theology across the entire range and breadth of orthodoxies within the religion that the birth, life, and death of Jesus leads to a profound spiritual liberation from sin and damnation. Hence - "Go Tell It On The Mountain" is a song for all seasons in its optimistic celebration of the coming salvation from sin - and it has been performed and recorded in all seasons of the year.

The Golden Gospel Pearls perform the song in a version that seems closest to what Work published in 1907:

This is likely my favorite of the versions presented here in its clean, unadorned, and deeply-felt performance.

Most white Americans born after 1930 or so owe a good deal of their knowledge of this music to the popular crossover appeal of Mahalia Jackson, arguably the greatest singer of spirituals that this country has yet produced:

Though there is currently no recording on YouTube of the Staples Singers' performance*(but there is now, courtesy of Eva - look below), the Blind Boys of Alabama are doing something very close to Roebuck Staples' arrangement. This is three of the longest-performing five Blind Boys, from 2017 with Ruthie Foster and the Preservation Hall Legacy Horns:

The Boys here use the Staples' mainly minor chord accompaniment that lends the song an almost grim seriousness, very different from Work's original.

Our next versions likewise demonstrate a transliteration of the song away from its roots and into the peculiar artistic visions of the singers. First - that unique combination of jazz, blues, and funk that Al Jarreau has been delivering for several decades:

It could be argued that the large numbers of white singers and groups who have done "Go Tell It On The Mountain" are an indication of the universality of its message of celebration and hope. Yet each version creates a different spin. Peter, Paul and Mary are likely best remembered for their political songs, and at the suggestion of and with the help of their musical director Milt Okun they re-wrote the lyric with different biblical references to turn the spiritual into a civil rights anthem:


James Taylor works an alternative lyric as well into a satisfyingly JT-esque performance, as thoroughly stamped with his own brand as Jarreau's version is with his.

Likewise - three bars into the vocal here, you cannot mistake the distinctively mellow sound of the Brothers Four:

And as much as the B4 were known for their relaxed-sounding vocals, the Kingston Trio built a reputation for super high-energy, almost out of control vocals, as they do here in this version for their orchestrated Something Special album:

There are also many other wonderful versions on YouTube: country-inflected by Dolly Parton, reggae by Bob Marley and Peter Tosh, blue-eyed soul by Michael McDonald, many more - truly a song for all seasons.

Courtesy of Eva (below), YouTube now is graced with a 1962 performance by The Staple Singers - maybe the definitive version:

It is wonderful to find an upload of the Weavers' studio recording of the song with Ronnie Gilbert on lead:

...and yet further, an interesting instrumental from Christian gospel pianist Brian Howlett and his regular partner, fiddler Andy Leftwich:

....a fantastic performance by Odetta from 1989, one that wasn't showing up in my searches because it is from a YouTube channel in Germany. Absolutely sublime: